Register a free account today to become a member!
Once signed in, you'll be able to join in the conversation by adding your own topics and posts, as well as connect with other members through your own private inbox.

Status
Not open for further replies. 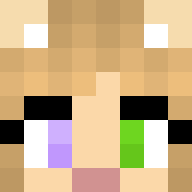 To enter: Put your In Game Name in the #🏆special-events channel in the iSkyify Discord (Discord Link: https://discord.gg/Kyu96vQ)
and get building at your iSkyblock+ island.

Info:
*You must build in iSkyblockPlus.
*Builds will not be accepted from any other gamemode.
This is the challenge! No printing. No schematica. No copying.
*Try to be original, though using images for inspiration is okay.
*You must enter before the Live Stream judging the entries begins. Live Stream will be announced.
Do not harass staff about when the stream is.
*If you don't enter, you won't be in the competition.
*Competition runs from announcement until Thursday 31st January, and will be judged Friday 1st February.
*If you use redstone, you need to be on during the stream to show us how it works.
*If you team, only the Owner of the island will be awarded the prize.
Consider this before teaming.

SummerGump
#2
Congratulations VocalCore on winning the January Build Comp!
/is go iVocalify to see the build for yourself.

Status
Not open for further replies.